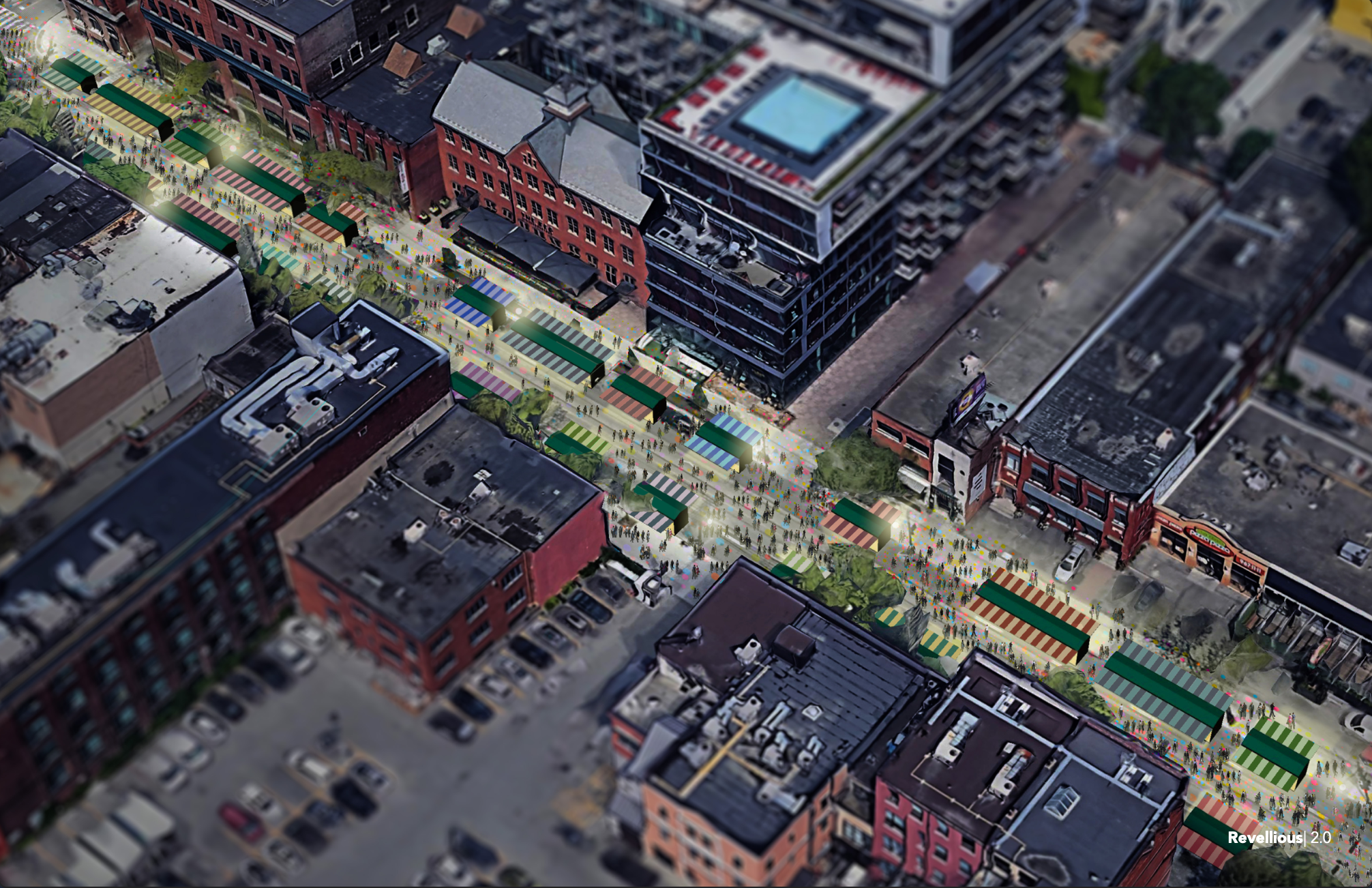 The King Street Pilot Project has had mixed success at best. It improved transit travel time (which is and may be less of a concern with Covid and its fall out) but did significant damage to the businesses along the strip, particularly the restaurants. It is an ill-conceived and compromised scheme forced on the Owners that did not (or did little to) improve the vibrancy of the street. We should expect more. What if we took the best of European street markets, such as the Naschmarkt in Vienna and applied some of that logic to the project? Taking a stretch from Bathurst to Spadina as an example, fill the edges with small structures that can operate as shops and additional year-round seating for the restaurants. Then, at peak times (non-rush hour) run the street cars up to Adelaide and around the main activity. Leave gaps between the pavilions for safe sightlines, access to fire hydrants and additional uncovered seating.